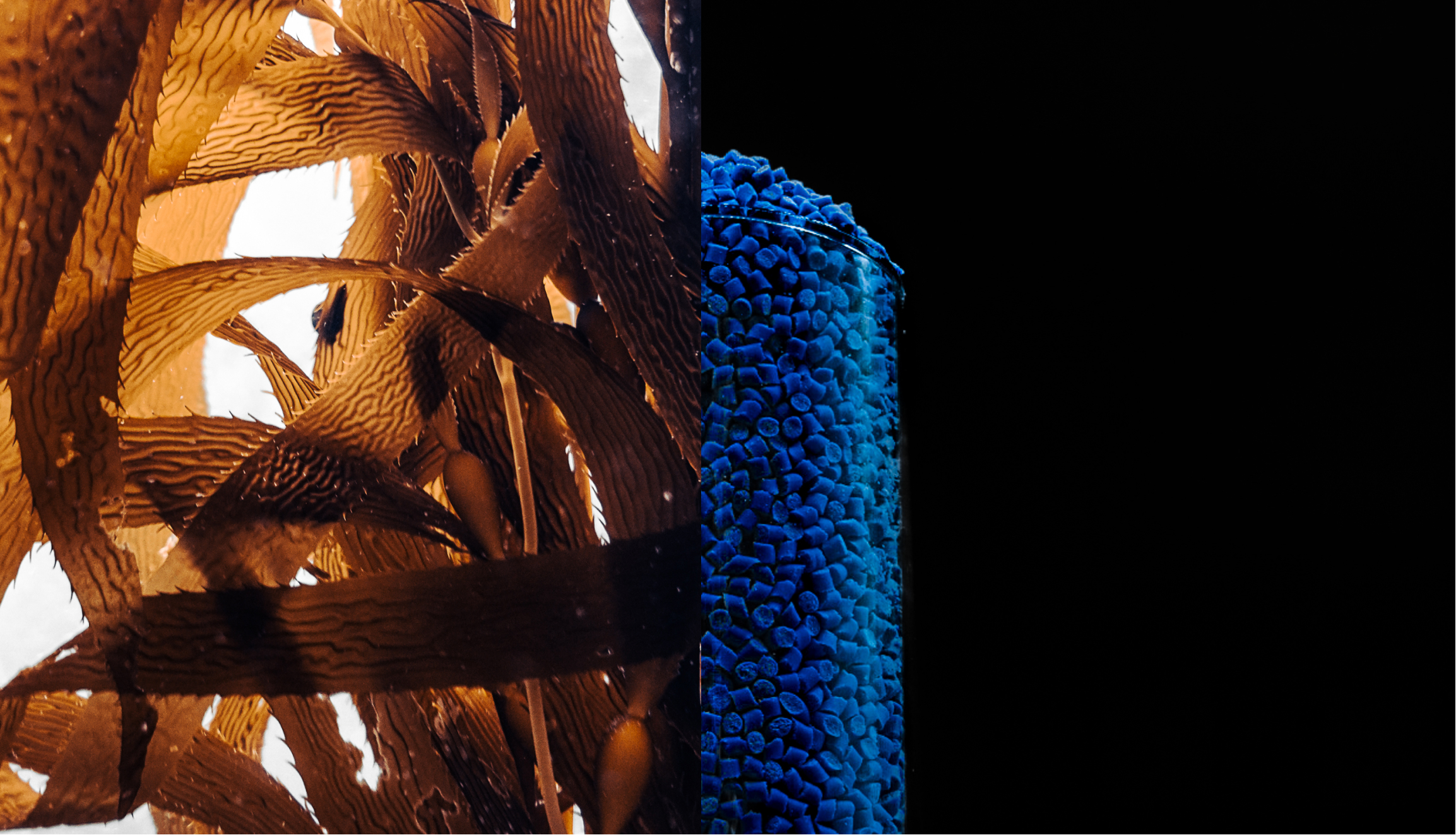 LOLIWARE® the SEA Technology™ creator, announced today that they have developed the first seaweed pellet created from natural biomaterials to replace plastic at scale. The company has partnered with American manufacturer Sinclair and Rush to scale production with a leading plastic-free, high-performing seaweed straw for businesses of all sizes. This announcement is significant because it is the first U.S. production of onshore, seaweed-based product replacements and is an alternative to outsourcing plastics from China—a needed step toward reducing plastic in landfills and oceans.

Seaweed captures 5 to 20 times more carbon than land-based forests per unit area, including permanently storing some of it at depth/the seafloor. It avoids the harmful effects of common land-based ingredients like paper, corn, canola, and rice. LOLIWARE’s visionary SEA Technology™ combines a proprietary blend of seaweeds, minerals, and natural colors. The technology is created using ocean-farmed seaweed that is grown without the use of fertilizers, freshwater or large swaths of land. While SEA Technology™ material can be molded to look and feel like plastic, it is made from 100% bio-based FDA-approved materials and is designed to disappear either through composting or natural processes.

SEA Technology™ can be formed into a pellet like those traditionally used to produce a wide variety of single-use plastics. What is revolutionary is that LOLIWARE's SEA Technology™ is universally compatible with existing plastic-manufacturing equipment and facilities worldwide. Because of this adaptability, LOLIWARE is partnering directly with industry leaders to produce at scale its home compostable, ocean-safe products at an affordable and competitive price.

“We have been approached by dozens of companies who claimed that they had developed a truly compostable, non-plastic material that could be processed on our existing manufacturing equipment -- LOLIWARE® was the first company that had a material and a business model that truly seemed viable,” says Brad Philip, President and CEO of Sinclair & Rush. “Utilizing our decades of experience in processing a wide variety of thermoplastic materials, we are now using LOLIWARE’s seaweed-derived pellets to produce high-quality, plastic-free straws, and we’re excited to partner with LOLIWARE to produce at scale using our existing machinery.”

LOLIWARE's cutting-edge technology inspires optimism for a net-zero emissions future in a world where plastic is currently being replaced with high carbon footprint alternatives like paper and bio-based plastics. The Blue Carbon Straw is verified plastic-free by Oceanic Global's Blue Standard. It enables a regenerative supply chain while expanding global seaweed farming which will result in higher carbon dioxide removal rates than bioplastics. The Blue Carbon Straw is now available to order and ship in large volumes.

“Our firm is dedicated to companies at the nexus of growth, impact, and diversity, and LOLIWARE is all of the above,” says Oliver Libby, managing partner at H/L Ventures, LOLIWARE’s lead venture capital investor. “LOLIWARE’s plastic-free material can create products that consumers love, while also combatting carbon emissions and ocean pollution: a winning combination that we are honored to support.”

"In a world continually bombarded with bad news, we hope the SEA Technology™ and its use in our straws demonstrates that a plastic-free future is within reach," says LOLIWARE Founder and CEO Sea Briganti. "We invite you to join us on this journey."

There are many more applications of the SEA Technology™ in the works with the overarching mission to disrupt single-use materials.

Back to Blog
By clicking “Accept All Cookies”, you agree to the storing of cookies on your device to enhance site navigation, analyze site usage, and assist in our marketing efforts. View our Privacy Policy for more information.
PreferencesDenyAccept